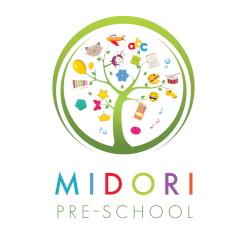 Harmonious and comprehensive development of the individual, who functions within a specific group, as well as helping the individual to discover his/her best features.

Pedagogy of play provides the teacher with various ideas that enable him / her to work with pupils consciously and creatively. Here are principles that guide the pedagogy of play: voluntariness, play as a stimulus to the child's creative activity, shaping the child's ability to establish contact with other children

Educational Kinesiology, known as brain gymnastics, helps children develop their potential which could be blocked in their body. Brain gymnastics create new nerve connections, which allow impulses to run to the cerebral cortex, where the correct learning process takes place. Simple body movements developed by Dennison quickly lead to improved concentration on a specific task, improved motor coordination and visual-motor coordination.The visual eight exercises improve the central and peripheral vision as well as the quality of writing, reading and expressing one's self. Children become calmer, less agitated, relaxed. The exercises give children energy to act and they are able to absorb new messages faster. This happens thanks to the synchronization of the logical hemisphere responsible for numbers, formulas, mathematical actions and the right hemisphere responsible for emotions.

Methods of a good start

Multi-sensory teaching of a child to perform harmonized movements in a given space and time and to develop basic functions of perception and motor skills.

By combining various activities, the child sings, touches, draws, listens, writes as well as performs relaxation and movement exercises. It is necessary in order to master the skills of writing and reading.

The method consists of two parts:

The set of exercises improves psychomotor, visual, auditory, motor functions, perpetuates lateralization as well as orientation within the body and space.

Improving the ability to express thoughts and doubt. Attracting attention to aesthetic values. Freeing children from comparison and assessment, shaping a creative attitude.

In order to promote activity as well as creativity, music activities will be conducted. We will conduct them according to the concepts of:

The concept of C. Orff is an idea where there is a place for a creative relationship with music, and the idea of ​​creativity in every respect is permeated. Classes conducted according to the Orff concept allow for the development of the child's personality, strengthening the belief in one's own abilities, developing the skills of creative thinking.

Batia Strauss adapts children's movemtnt, dance and instrumental activity to classical music and thus gives children the opportunity to play with music. The aim of classes, with elements of creativity, is for children to express themselves with their voice, movement and music. It is the child's own iniciative or need to create. Asking the cild to perform specific tasks connected with various forms of musical activity, allows children's development as well as creativity.

Such activities provide the opportunity to:

Art playes an important role in upbringing as it stimulates comprehensive development of the child's personality.
In everyday educational and didactic work we will help children to learn about different forms of art as we want to inspire children to act, live and build their own value system.

WHAT DO WE WANT TO ACHIEVE?

Children learn very quickly and that is why it is so important to teach a foreign language from an early age.
Foreign language is a novelty that the child treats as an adventure.
During play time, the child does not feel the pressure to learn, the learning comes naturally.
Starting to learn a foreign language at such an early age is a huge investment for the future.
Foreign languages ​​in the 21st century play a very large role in society and human life.
To meet the demands of today, we want to take advantage of the natural potential of a young child, which is the rapid acquisition of foreign languages.
That is why we will surround children with English language. English classes will be full of movement, singing and elements of rhythmics, using the method developed by Carl Orff.
While children actively participate in classes repeating words and gestures, they will better associate and remember their meanings.
The teacher uses many available methods such as colored boards, motion games in the circle as well as used picture cards.
Coherent material will alow children to perpetuate the words through action.
On the occasion of pre-school celebrations, performances will be organized, in which all pupils will take part presenting songs and poems in English.

When the child laughs the whole world laughs